Scapholunate advanced collapse (SLAC) wrist is the most common form of degenerative arthritis of the wrist that occurs secondary to traumatic injury of the scapholunate ligament with subsequent collapse on the radial side of the wrist. SLAC wrist is a complication that results due to an undiagnosed or untreated scapholunate interosseous ligament (SLIL) injury, which can often be misdiagnosed as “wrist sprain.” High-intensity contact sports athletes, such as football linemen are specifically susceptible to recurrent SLIL injuries as they undergo high impact and forced wrist dorsiflexion instances for several years in their sporting career.

Anatomy of the Wrist

The wrist is a complex joint that connects the forearm to the hand enabling movement. It consists of 8 small bones called carpals that articulate with two long bones of the forearm (radius and ulna). The scaphoid (at the base of the thumb) and lunate (at the center of the wrist) are carpal bones aligned next to each other and are attached by a ligament called the scapholunate ligament. It is the main stabilizing ligament between scaphoid and lunate bones. The scapholunate ligament consists of 3 well-defined sections: the dorsal, membranous, and volar sections. Although, the volar and membranous sections play a role in the stability of the scapholunate joint, the dorsal section of the scapholunate ligament is the strongest and thickest section, and hence plays the most significant role in stabilization.

Even though scapholunate advanced collapse (SLAC) wrist is a commonly experienced progressive type of wrist osteoarthritis that frequently occurs as a result of traumatic injury of the scapholunate ligament, other conditions can also cause SLAC wrist. These conditions include:

Some of the common symptoms of scapholunate advanced collapse (SLAC) wrist include:

Your doctor will assess your symptoms, take your medical history, and perform a thorough physical examination of your wrist to check for range of motion. Specific diagnostic tests such as Watson scaphoid shift test will be ordered to confirm scapholunate instability. Imaging tests such as X-ray, MRI or CT-scans may be ordered for a detailed evaluation of scapholunate ligament injury and other soft tissue structures surrounding the wrist and to also find out the severity of SLAC wrist in relation to stage I, stage II, or stage III.

Following surgery, the wrist is supported by a splint or cast for 1-2 weeks. You will be instructed on special exercises to regain strength and mobility of your wrist. Complete healing and return to strenuous activities such as sports may take about 6 months. 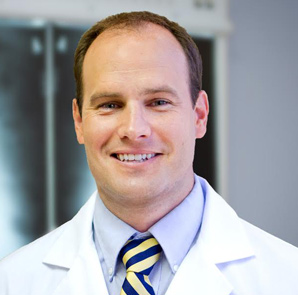